Activists for peace have noticed that the large debate concerning the semisecret Institute for Statecraft‘s Integrity Initiative’s state-funded anti-Russian disinformation project have caused attention in Sweden in a different manner compared to the reactions in other countries. One of the reasons is that commenting on Integrity Initiative coincided with a similar debate on a new Atlantic Council report called Kremlin’s Trojan Horses 3.0 which contains a chapter about Sweden. A member of the Green party and blogger have pointed at the close connection in content as well as institutional and personal links between the author of the Swedish chapter in the Atlantic Council report and the alleged Nordic/Swedish cluster leader for Integrity Initiative. 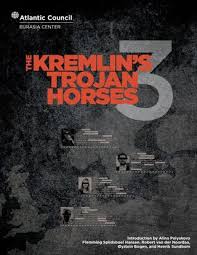 The Anonymous leak of documents, confirmed by Integrity Initiative as coming from their computers, has initiated a large debate in 24 countries so far. There is, without counting Russian sources, a lot more than 100 unique articles and other digital material commenting the leak. The debate has primarily been concerned with interpreting the leaked material and how the official Integrity Initiative twitter account has been used for tweets primarily accusing the Labour party for being a Kremlin tool.

The Swedish comments although few, differ profoundly from comments in other countries. One main reason is that the way Integrity Initiative prescribes how journalists and researchers are supposed to work together was already last year exposed in a scandal in Sweden. Then Martin Kragh, the head of Russian studies at Uppsala University – the largest academic institution of its kind in Sweden –  as well the head of the Russian and Eurasian program at Swedish Institute for International Affairs (UI), published an article in the Journal of Strategic studies together with Sebastian Ågren, also at UI with a MA in War Studies from King’s College London, UK.

The article ”Russia’s strategy for influence through public diplomacy and active measures: the Swedish case” drew strong criticism in the peace and environmental movement and among academicians and journalists. In total, the article is down loaded 36 000 times and has been mentioned in 100 primarily Swedish articles and radio programs.

This statement was initiated by Activists for peace (In Swedish: Aktivister för fred) and Prague Spring 2 – Network against right-wing extremism and populism. 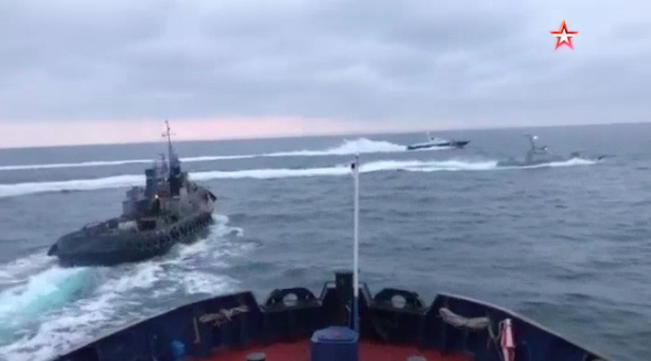 Screen shot: Movie recording from the Kerch incident.
Via the Russian Ministry of Defense’s TV channel Zvezda (The Star).

Since the beginning of this year, tensions have been rising in the Azov Sea region between Russia and Ukraine, culminating in the Kerch Strait incident on Nov. 25, 2018. This incident has been used by the Ukrainian government as a pretext for declaring martial law in regions spanning along the Black Sea coast and borders with Russia and Transnistria and also asking for Nato-intervention in the Azov Sea. At the same time, actions of Russian authorities creating difficulties for marine traffic to and from the Ukrainian ports on the Azov Sea contribute to deterioration of the economic and the general situation in Ukraine. These developments take place in the context of continuing Ukrainian economic pressure on Crimea, ranging from water blockade (leading to serious environmental problems) via cutting electricity supply to travel restrictions and capturing boats after they left Crimean ports. There is also an ongoing war in Donbass and hardening securitarian and repressive policies in Russia and Ukraine.

Escalation of the confrontation between Russia and Ukraine can be exceptionally dangerous. So can the militaristic-authoritarian efforts of the Ukrainian government within Ukraine, especially in its southern and eastern regions where there is significant opposition to the confrontational policies of the current ruling establishment.

Prague Spring 2 – Network against right-wing extremism and populism
in co-operation with Activists for peace.