Activists for peace (In Swedish: Aktivister för fred) can look back to two fruitful years. Together with our cooperation partners we can now move forward on several different initiatives: 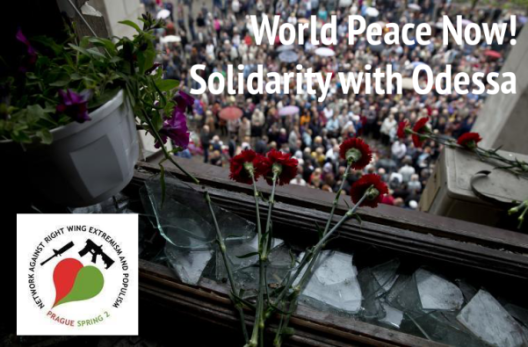 We have together with the social forum network Prague Spring 2 against right wing extremism and populism (PS2) been able to contribute to take initiatives such as the Odessa solidarity action and work to stop repression in Russia and Ukraine. With PS2 we have closely followed Thematic World Social Forum on migration in Mexico City, Mexico, European Forum in Bilbao, Spain and been part of Europe in movement in Barcelona, Spain, Assembly of Resistance in Budapest, Hungary and Nordics in movement in Malmö, Sweden.

In 2017, Activists for peace initiated Dags för fred! (In English: Time for peace!) in Stockholm, Sweden and co-arranged Another Europe is possible in Gothenburg, Sweden. This have made it possible to start cooperation with a broad range of peace, migration, environmental, solidarity, no to EU and EU-critical movements. 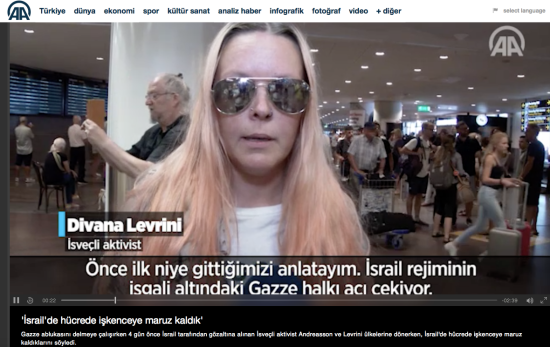 This year, 2018, we have supported our two Ship to Gaza activists. Although we are not working politically on the Palestine issue – since we are mainly focused on Ukraine and criticism of how NATO advances closer to Russia in the Nordic region – we have supported Divina Levrini who went all the way from Sweden until getting hijacked by the Israeli military on international waters and Lars Drake, a Ship to Gaza veteran. 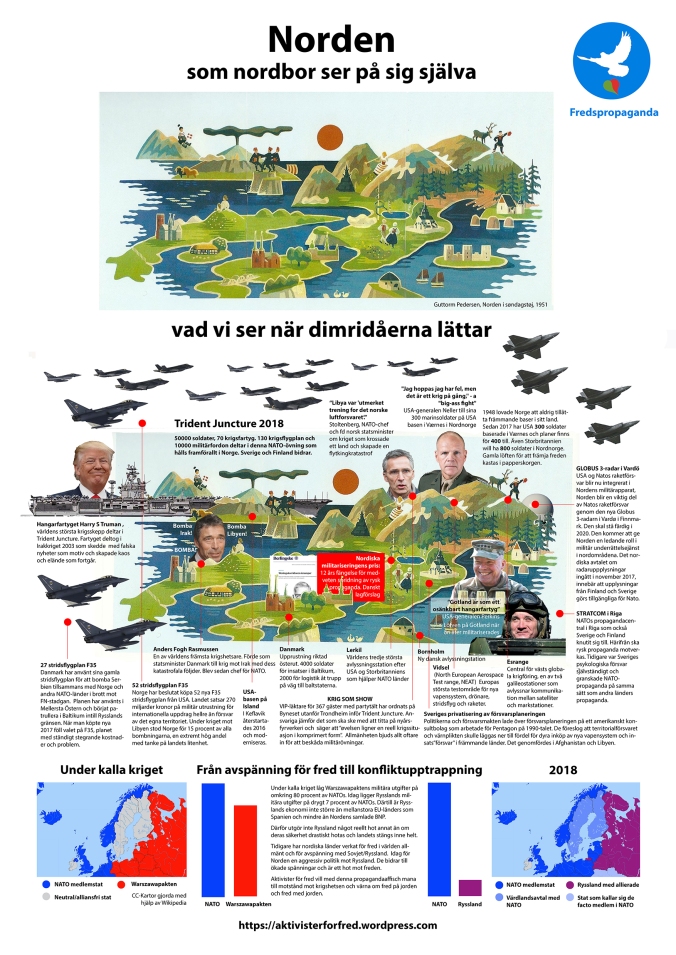 During the autumn; informing and support protests against NATO military excercise in Norway where also Sweden actively participated, has been a main task.

We also have participated in Naturbrukskonferensen (In English: Conference on Land management), a yearly meeting with small farmer, environmental and other organisations to promote food sovereignty and sustainable agriculture and forestry. Here we addressed the need to strengthen civil contingencies by raising food self sufficiency, reestablish food and other contingency storages and give small farmers a say in the planning of civil contingencies.

In early December 2018, Tord Björk from Activists for Peace was once more the target of a smear campaign. In a joint effort by Stockholm Free World Forum, an NGO paid by The Confederation of Swedish Enterprise to promote business interest in security affairs and Atlantic Council, the closer cooperation between environmental and peace movement and linkages to the Green Party was presented as a threat in the report Kremlin’s Trojan Horses 3.0. Tord Björk had written in an article in an environmental magazine that the referendum in Crimea in 2014 was a breach of international law but that a majority of the local population including the Ukrainians supports the outcome. The author of the report, Henrik Sundbom, a fellow at Stockholm Free World Forum, claimed that the article showed to much sympathy with the Russian Crimean narrative.

Last year a close cooperation partner to Sundbom, Martin Kragh, head of the Russia and Eurasian programme at the Swedish Institute of International Affairs and researcher at the Institute for Russian and Eurasian Studies at Uppsala University where he also is Research Director at the Uppsala Forum for Democracy, Peace, and Justice, together with the daily Expressen also started a smear campaign against Tord Björk and Ukrainabulletinen, the newsletter publicized by Activists for peace.

In late December 2018 Activists for peace started to inform on our blog about the smear campaigns and their connections in Sweden and internationally to Integrity Initiative and Atlantic Council. Activists for peace have compiled links to some 150 comments made in 24 countries and this is complemented with open source material presented in 100 links about the scandal last year. What was once a tragedy during the Cold war seems to have returned as a farce. You can read more here (link will be posted). 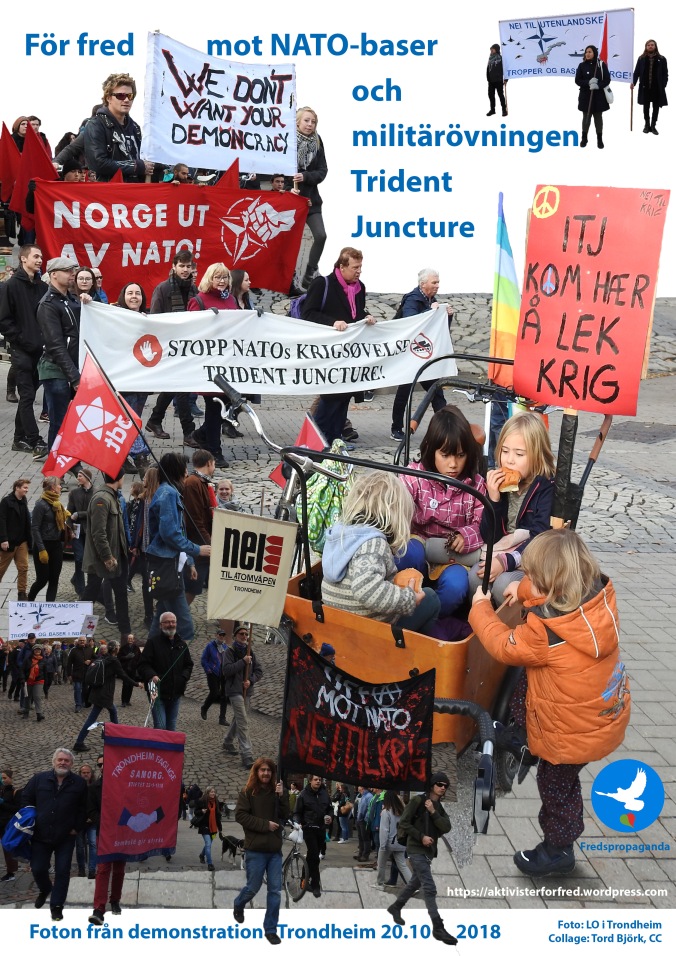